A renowned molecular biologist and alumni of OUAT and IARI is appointed as the Secretary, DARE and Director General, ICAR by the Appointments Committee of Cabinet (ACC) on 19th Feb. 2016. He is currently heading the IARI, a premier agricultural research institute of the country as its Director. Prior to joining as Director, IARI, he was the Director, CRRI. To his credit there are several research papers related to the area of molecular breeding, markers and genomics. After his bachelors degree in agriculture from OUAT, he joined IARI as masters student in the department of genetics which is the seat of green revolution in the country and passed out with PhD in Genetics. He joined Agricultural Research Service in 1991 and after a short probation period at NAARM, he joined as scientist in the NRC on Plant Biotechnology where he continued till he became the Director of the CRRI in Cuttack of which he is native; born in the village Kharibil of Cuttack, Odisa. He was involved in the prestigious Rice Genome project in India and contributed to the physical mapping and sequencing of rice chromosome 11. He also involved in mapping of tomato chromosome 5 and constructed the first genome map of Indian mustard. For his contributions to the agricultural science and knowledge, he was awarded with various fellowships and awards.

More about him can be found here and also here.

This work is licensed under a Creative Commons Attribution 4.0 International License. 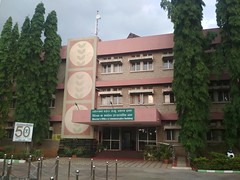